Independent Pilot Competition Winners in 16 Categories Include Paint and Smüchr Winning Best Drama and Comedy, Respectively, and Hammerhead Taking Both the NYTVF Critics Award and Best of the Fest || NYTVF Scripts Winners are Granted and The Curse for Comedy and Ticker for Drama 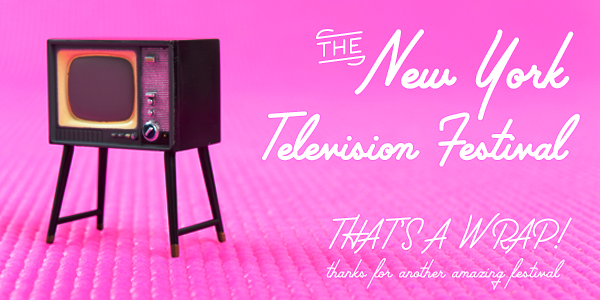 [NEW YORK, NY, July 20, 2018] – The first summer edition of the New York Television Festival is a wrap! The 14th annual Festival was the most successful yet, with a record-breaking 620 development meetings taking place during the week between independent TV creators and industry executives, up from 600 last year. In fact, 75 companies were represented at the Festival this year – including executives from leading networks, studios, agencies and digital platforms who networked with and/or took pitches from the creators, writers, producers and directors invited to be Official Artists. [NEW YORK, NY, June 29, 2018] – The NYTVF today announced schedule highlights for the 14th annual New York Television Festival, which takes place for the first time in the summer – from Saturday, July 14 through Friday, July 20, 2018 at the Helen Mills Theater and Event Space and SVA Theatre in Manhattan. In addition to a showcase of the previously-announced 59 Official Selections in the flagship Independent Pilot Competition (IPC), the NYTVF will host several series of events for the more than 300 Official Artists invited to the Festival; executives from NYTVF industry partners representing the leading TV networks, studios, digital companies and agencies; as well Industry Pass holders and TV fans.

This includes an opening weekend featuring the new Creator Bootcamp presented in partnership with CBS Entertainment Diversity and Inclusion on Saturday, and the returning NYTVF Writers Room on Sunday. The Writers Room will be keynoted by Sarah Schneider and Chris Kelly – former co-head writers for Saturday Night Live and writers and executive producers for the new Comedy Central series The Other Two. Panel discussions throughout the weekend will include writers from The Break with Michelle Wolf, High Maintenance, The Late Show with Stephen Colbert, The Tonight Show Starring Jimmy Fallon, Unbreakable Kimmy Schmidt and more to be announced.

Comedy and Drama Projects Featured in Slate that Explores Wide Expanse of Series Concepts; Over Half of Selected Projects by Female Writers | Writers Have Opportunity to Showcase their Work and Meet with Network, Digital, Agency and Studio Execs at July TV Fest

[NEW YORK, NY, May 30, 2018] – The NYTVF today announced the Official Selections for its third annual NYTVF Scripts Competition. The 21 scripts selected – 13 half-hour comedies and eight hour-long dramas – will be showcased to industry executives before and during the 14th Annual New York Television Festival, taking place July 14-20 in Manhattan. Of the Official Selections for NYTVF Scripts, 62 percent are credited to a female writer or co-writer, and 30 percent are credited to a person of color. More than half of the selected scripts come in to the festival without representation, and five of the scripts are written as animated or potentially animated.

Female Creators, Writers, Directors Driving 70% of this year’s Pilots; Trending Themes Include Relationships, Cop Shows and Most Animation in Festival’s History: Official Selections – including 45 World Festival Premieres – to be Screened for the Public from July 14-19, with Awards Given Out at July 20 Brunch

[NEW YORK, NY, May 22, 2018] – The NYTVF today announced the Official Selections for its flagship Independent Pilot Competition (IPC). 59 original television and digital pilots and series will be presented for industry executives and TV fans at the 14th Annual New York Television Festival. This year’s Festival takes place across seven days (and in the summer) for the first time – July 14-20, 2018 at The Helen Mills Theater and Event Space, with select events at the SVA Theatre. The slate of in-competition projects represents a level of diversity well above the industry at large, including: a record 72% of all selected pilots feature persons of color above the line; 70% of these pilots include a woman in a core creative role (creator, writer, director) – including 53% with a female creator (up from 50% in 2017 and the largest number in the Festival’s history); 40% of Official Selections have a person of color on the core creative team; and nearly one third of selected projects (30%) hail from outside New York or Los Angeles, with international entries from the UK, Austria, Australia, and Canada.

Additionally, 45 of the 59 projects (i.e., 76%) selected are World Festival Premieres, and slightly more than half (51%) enter the competition with no representation.

[New York, NY, December 6, 2017] The NYTVF has announced that the industry's first independent television festival is moving to the summer. In 2018, the 14th annual New York Television Festival will take place the week of July 15, shifting from late October to more strategically align with the TV development calendar and maximize potential for officially-selected projects and creators. An organization dedicated to identifying and nurturing top creative talent and connecting it with networks, studios, digital platforms, agencies, and brands, the NYTVF continues to grow its core programs – the Independent Pilot Competition (IPC), NYTVF Scripts and NYTVF Connect. With this move, NYTVF’s accredited industry participants will be able to have exclusive, early access to Official Selections from the pilot and script competitions following the Upfronts, in time for the new TV buying and development season.

If you are an accredited member of the press and would like additional information about the NYTVF, please contact the NYTVF press team at: